Whither the Middle East. The Blueprint for the Future

In the face of global changes and new trends the approach towards the Middle East is in a bad need of re-conceptualization. Given the pivot shifting to the Far East as well as emerging new local powers and groupings of states (such as BRICs or MINTs) the West must work out its coordinated strategy which appear efficient, embracing but also will take into account some justifiable grievances of the international actors feeding on popular discontent. Though new globalism is shared by everybody the abiding sense of unfairness in division of global assets and profits persists. In Politics Aristotle pondered the distributive justice concerned primarily with the distribution of the political authority (politike arche) and, secondarily, with the distribution of wealth. 2300 years later the conundrum of "justice as fairness" is surprisingly still actual and still to be addressed in the process of creating a better world to live for everybody.

The world has clearly divided into the "west" and the "rest", or - in other words – into the relatively well-to do swath of western countries (sharing the same values and comprising now also the east European states) and the  ”rest” consisting of relatively stable governments (BRICs, MINTs) and the countries on the slide to anarchy (MENA states). The usual simplifying template applied by scientists renders this growing chasm by referring to terms: core and periphery. 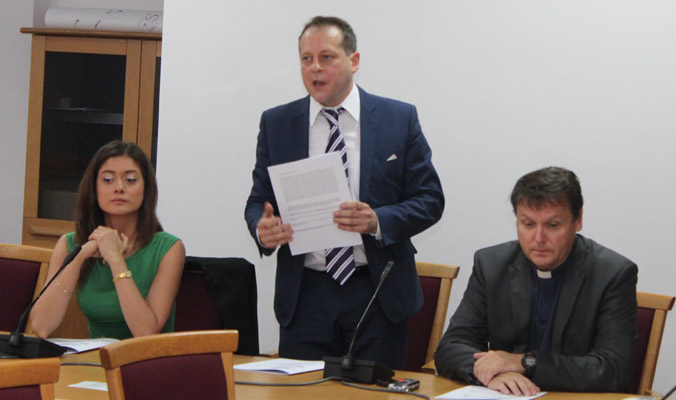 In the complex situation of today the old-school recipes are lacking in nuance. In 1947 Kennan wrote "The main element of any United States policy toward the Soviet Union, must be that of a long-term, patient but firm and vigilant containment of Russian expansive tendencies." To that end, he called for countering "Soviet pressure against the free institutions of the Western world" through the "adroit and vigilant application of counter-force at a series of constantly shifting geographical and political points, corresponding to the shifts and maneuvers of Soviet policy."

After 70 years from Kennan’s instructions the world evolved completely though the politics of the West still betray many of the features of old thinking which relied on exerting pressure at thorny points of the world without addressing the problems in a systemic way at the grassroots. What is needed now is resolving the issues on the ground with local stakeholders by fairer distribution of assets and wealth and by building a fairer economic foundations of new global order based on “participatory engagement.” The current challenges like immigration, terrorism, organized crime and climate change feed not so much on what their patrons have to offer but on the conceptual vacuum from the global community.

As these global problems urgently need to be deconstructed intellectually and practically targeted the United States and the European Union has attained the historical point of having to reach out to the world with constructive solutions in place of provisional, half-way verbalizations.

Since Krauthamer’s "unipolar moment" has gone, it is time to act.