The Institute of European Democrats has organised an online premiere followed by a panel discussion with the aim to present its film Hydrogen - Re-connecting Europe. Through this film, the IED intends to present Hydrogen as a driving force for new integration and new collaboration across all EU member states.

The EU has been created by uniting economic and political interest behind a common goal. In the last years the EU has been criticized for not having a unifying vision that people can support and believe in. The IED believes that Hydrogen could be a solution for many economic and ecological challenges of the 21st century. 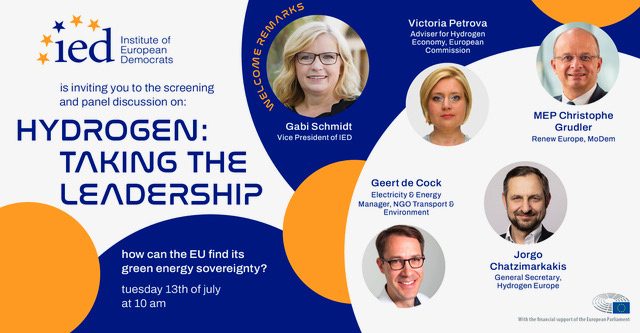 Watch the video also on Vimeo.

WrapUp of the Event