The IED organized this international Conference in the City of Venice, on 30 August 2021, which offered the most eloquent context for examining environmental issues: humanity is confronted with the impact of Climate Change, and Venice is an icon of a community, a History, a cultural Heritage of worldwide interest to be protected and brought to life. Mitigation and adaptation, the strategic objectives of the international climate community, can be measured in Venice where they represent concrete challenges. The Conference was attended by 50 participants and was simultaneously broadcasted live on the IED Website.

The event was opened by a written message on behalf of Mr. Mario Draghi, Prime Minister of Italy, which stressed the fact that the conference takes place during Italy’s Presidency of G20. Last year, the Italian government adopted a series of measures meant to promote sustainable tourism and to support the Italian companies in this costly transition. As all the eyes of the world are on Venice, he believes it can serve as a model for other cities, as Italy seeks to promote a greater environmental awareness and to preserve the cultural heritage, as a way to exercise soft power.

The discussion was moderated by Francesco Rutelli, President of IED

Poster of the Event 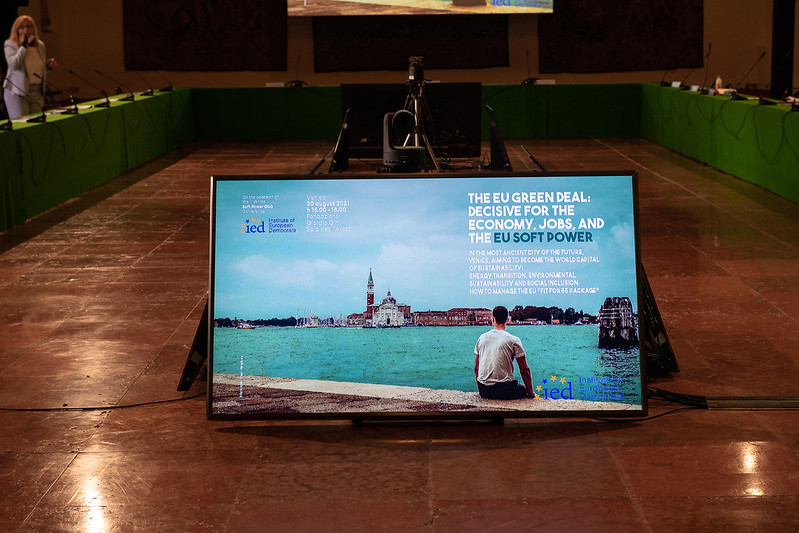 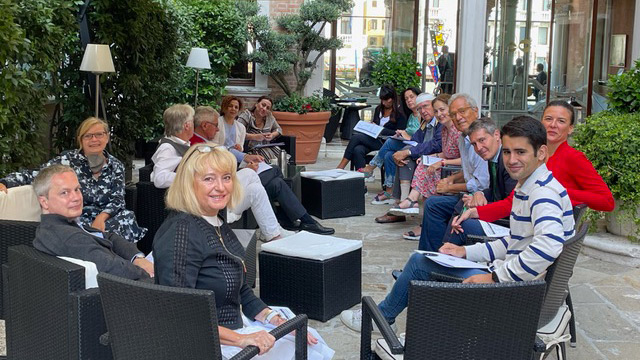