The EU and the future of the Mediterranean region 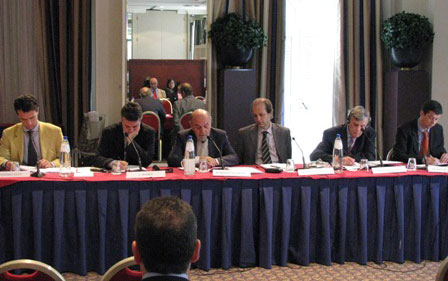 A Look Behind The News, by Ferdinando Riccardi: Union for Mediterranean: A birth marked by Ambiguity and misunderstanding

Rhetoric and reality. The Paris ceremony this Sunday, marking the birth of the Union for the Mediterranean will undoubtedly be a media success. There will be a sumptuous flow of important figures and the echo in the media will be quite noticeable but the follow-up and results will have to be gauged later. Despite the radical adjustments to the project since its launch, there are still concerns. There is moderate enthusiasm in Mediterranean third countries (this adjective is a euphemism). Misgivings and a certain distrust about the conference are more to the fore in fact than the expectations and confidence about it. Official speeches will be warm and sometimes heated, as is their due. The decisions, however, will be modest and will only be focusing on what instruments to implement, as well as on the institutional machinery and bureaucracy to set up....

Programme of the Conference

EU Climate Policy: From the Paris agreement towards a climate neutral Europe by 2050