From the Eurozone to a “Euro Union”

Documentation of the International Workshop in Luxembourg 26/27 June 2015

A high level reflection seminar titled “From the Eurozone to a ‘Euro Union’” has been organized in Luxembourg the 26th and 27th of June 2015 by the Foundation Institute of European Democrats (IED) and by the Paris based thank think EuropaNova, on the initiative of Mr. Gérard Deprez, Minister of State and member of the European Parliament.

The fifteen participants of seven different nationalities have debated in all frankness of the current situation of the European integration process and in particular the Eurozone situation. Establishing a common diagnostic, they have also reflected on the best ways to reset the European project, being also informed in live about the Greek referendum announcement, by Harry Theocharis, member of the Greek Parliament, present at the seminar. The participants agreed on the necessity to set up a new “Convention” in charge of formulating precise answers to five propositions frequently debated. The main idea is that a vigorous political initiative needs to be taken in order to revitalize and re-legitimize our unique collective project of the European integration. As necessary as it was sixty years ago, even more so, the participants consider that the numerous and difficult challenges our societies are facing can be handled only collectively, at the European level, in a framework that goes beyond the simple governmental cooperation. 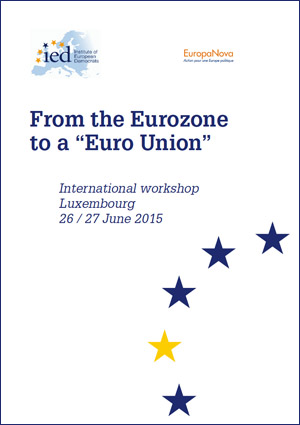