Can Viktor Orban be defeated on 8 April?

By Zsuzsanna Szelényi, Hungarian MP and member IED's Board of Directors 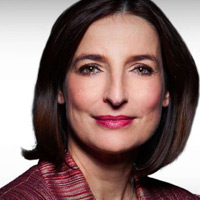 Hungary's parliamentary election is close to the finish line. The stakes are high: will Viktor Orban's illiberal state persist within the European Union, or can the multiparty opposition wrest away Orban's majority rule? The question goes far beyond the interests of Hungarians – if Orban continues leading his one-party government, he will continually attempt to change the EU.

In February, history was made in Hungary's agricultural city of Hódmezővásárhely. In a mayoral by-election, an independent candidate supported by every opposition party defeated the candidate of Orban's ruling Fidesz party in this longtime Fidesz stronghold. This opposition victory proved that Fidesz could be defeated.

There are other encouraging signs for the opposition: in recent weeks several alleged government-related corruption scandals were unveiled. We found out that the deputy Prime Minister indulged in luxury helicopter hunting in Sweden. Prime Minister Viktor Orban's chief of staff bought a castle but denied it when questioned. Even Orban's family is tainted by scandal: the European Anti-Fraud Office recently began investigating a company belonging to Orban's son-in-law, accusing him of systemically misusing EU cohesion funds. These cases are seriously damaging Fidesz's popularity.

Can Hungary's opposition turn these events to their advantage? Frustrated by Orban's eight-year supermajority rule and suffering from fragmentation and mutual distrust, can the minority parties take the absolute majority away from Fidesz on 8th April?

In theory, it is possible. Hungarians feel deep Orban fatigue, and the movement behind Viktor Orban has no further mobilisation potential. Compared to his approximate voting base of 2.2 million Hungarians, the opposition could gather 3.5 million votes – but this advantage may not be enough for the opposition to succeed. Viktor Orban's sophisticated illiberal system may perpetuate his party's absolute majority.

Since 2010 the liberal democratic system was decimated as Orban concentrated personal and state power. The Prime Minister's loyal politicians and oligarchs control great swathes of commercial media, advertising, and strategic industries. The government uses state companies to finance Fidesz-friendly media and advertisement companies all crucial during elections. Independent media and NGOs are continually under threat of investigation and defamation.

Added to this unhealthy mix, the government has been running an unprecedented hate-mongering campaign for years, currently producing an ongoing torrent of conspiracy theory propaganda against philanthropist George Soros. Under such circumstances, genuinely free and fair elections are unimaginable in 2018.

Furthermore, although Hungary has been a multiparty democracy since 1990, today's opposition is trapped by Fidesz's election law created in 2013 with a party-line vote, forcing opposition parties to cooperate without being able to measure their political strength through a popular vote. This situation's impossibility was proven in 2014's parliamentary election when the liberal-green-socialist coalition not only lost to Fidesz but had its limited power diluted among the seven opposition parties that gained parliament seats. Meanwhile, Orban's party secured 67% of parliamentary seats with just 44% of the total vote.

Who is leading the opposition?

Another major challenge for the opposition is identifying a mobilising force and narrative. For the left, inequality seems the key mobilising issue. Other parties, notably right-wing nationalist party Jobbik, assume that globalisation is the root of our problems – a sentiment also exploited by the nationalist-opportunist government. Liberals stress how Orban's authoritarianism pushes Hungary to Europe's periphery. The only area of agreement is opposition to omnipresent corruption – but is this an energizing issue?

The opposition parties' competing narratives embody an intense competition to be the main Fidesz challenger, waged between the extreme-right Jobbik and the Socialist party. Fidesz cleverly positioned itself as 'the' Hungarian centre-right party long ago and has a strong interest in staying there. For smaller parties, the fight is merely for survival. These rivalries consume the opposition parties even while Fidesz is obviously everyone's key opponent. Creating a broad-based coalition to challenge Fidesz seems hardly imaginable.

Mastery in illiberalism: tricks of the election law

Two weeks before Hungary's next parliamentary election, the main question for the multiparty opposition is how to coordinate intelligently to effectively counter Viktor Orban's Fidesz party.

Orban's 2013 election law is full of legalised anti-democratic tricks. For example, the new bill enabled the proliferation of fake parties at election time to confuse voters. While voters will not recognise more than eight established parties, up to 23 parties may appear on the ballot, especially in swing districts. In 2013, electoral districts were redrawn with heavy gerrymandering, benefitting Fidesz across Hungary.

Cooperation among the opposition is aggravated by the elimination of a second round in the election process – a significant feature of Hungary's election system since 1989 – forcing opposition parties to cooperate without being able to test their strength in a primary round. Fidesz purposefully created this catch-22 in 2013 to facilitate Orban's supermajority victory the next year.

Two weeks ago in Hódmezővásárhely, it was proven that if opposition parties support one challenger to the Fidesz candidate, they can win – even in traditional Fidesz districts. But in a local snap election, opposition parties do not have to sacrifice much when joining forces with this tactic; at the parliamentary-election level, they can only embrace each other by cutting off their arms.

By electoral mathematics, if opposition candidates win in 45 of Hungary's 106 electoral districts, Fidesz loses its supermajority. But a party-finance law heavily penalises parties if they withdraw candidates, and parties also risk reaching the voter-support threshold to win parliament seats. Thus, opposition parties have a strong aversion to cooperation.

There are serious political considerations as well. For example, should the left-leaning parties coordinate with extreme-right Jobbik? There is a real danger that Jobbik, which artfully softened its xenophobic narrative in recent years, emerges as the second-largest party in Hungary. Why would other parties contribute to that?

Creating a broad-based coalition to challenge Fidesz seems almost impossible. There is no 'one' opposition, there are very different wings, and nobody seems able to lead such a complicated negotiation process.

But opportunities still exist. Fidesz's base is not growing. If the opposition can mobilise to exceed the average 65% turnout at elections, they could overtake Fidesz voters even with limited coordination. The success of Hungary's opposition depends on whether they actually believe victory is possible, and if voters recognise the importance of their participation.

The 2018 vote will affect Hungary for many years. Will the country return to the European mainstream and follow a development path based on law and merits, or will it again hand Orban power to further reduce liberties and thwart any progress that does not benefit his political clan? The question goes far beyond the interests of Hungarians – if Orban retains power with a strong one-party government, he will feel empowered to change the European Union.