How do we ensure that everyone can participate in a digital democracy?
IED & Jan Nagel Foundation Conference
5 November 2021, Residence Palace Brussels

IED & Jan Nagel Foundation organised the conference Digital democracy – No apps no say? It comes in the context when all the EU countries are increasingly dealing with an aging society, the negative sentiments towards senior citizens are gaining momentum. The COVID-19 crisis has made us live in a more digitalised society than before, which led to the emergence of a ‘new normal’, although for our own safety. The lives of senior citizens are influenced by an incremental digitization. Information, handling and keeping up with the multiple changes is a challenge. When people lack user skills, and are digital and media illiterate, they stand at the back of the line in getting jobs, finding a suitable and affordable home, and often get into financial problems, among other things. They need to learn, create, participate and be safe online. 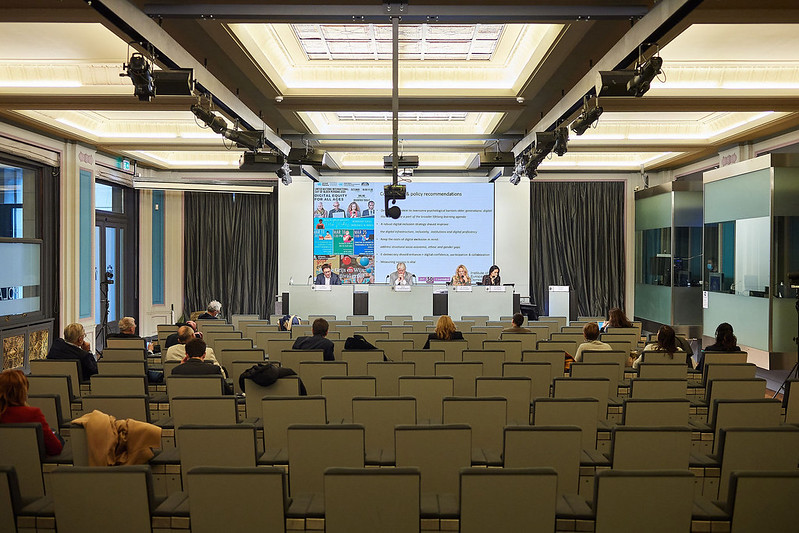 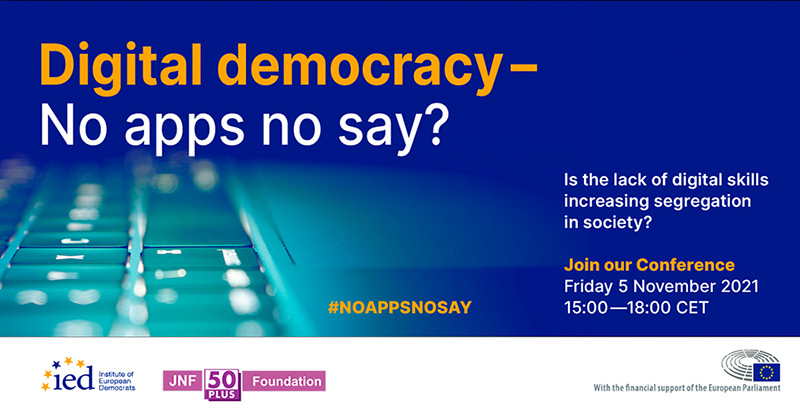