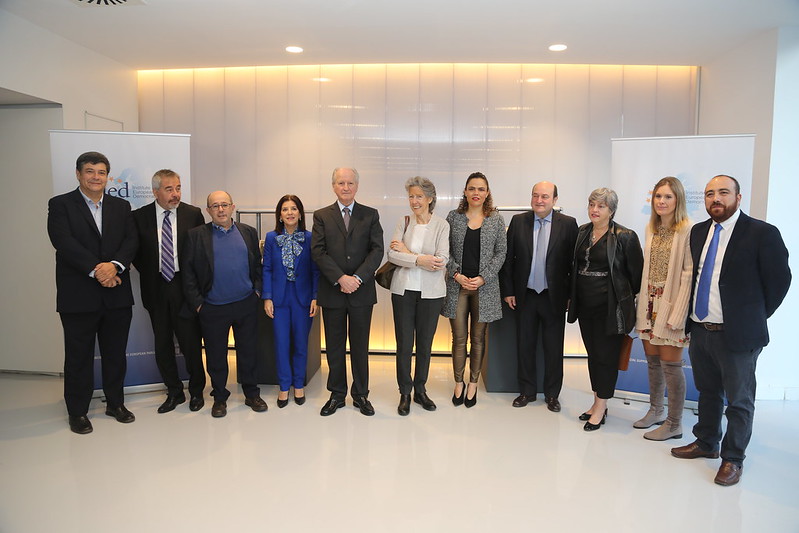 The conference, organised by the Institute of European Democrats, was attended by leading political representatives from Chile, Mexico and the European Parliament.

At the opening of the conference, Juan Mª Atutxa president of Sabino Arana Fundazioa, said that "the world has changed radically in these last years" and that we are running out of "reference models, in politics, in the economy, in too many areas of life. And all of this makes us feel orphaned, insecure, uncaring, at the mercy of the law of the jungle and the power of the strongest. Some of the mobilizations and revolts that dot the world are a reflection of this reality. The Conference was opened by an address by the president of the IED, Francesco Rutelli, through a video intervention.

The Conference was organised with the aim of diagnosing and analysing the dizzying political and social changes that we are experiencing in both Europe and Latin America, and which are of concern to our societies. It was attended by Chilean and Mexican politicians, MEPs, professors, etc.

Mikel Burzako, general administrator of the Institute of European Democrats (IED);and Carmen Beatriz Fernández, consultant and professor at the University of Navarra, closed the conference, highlighting that the conference was "very stimulating, a battle between optimists and pessimists, although there was a consensus that the solutions that will put an end to the crisis of democracy must come from politics".

It has also become clear that "the individual is the epicentre of politics and that democracy must be renewed if this approach is to be realised". It has also been called for "the political centre not to be swept to extremes, since polarisation is a distinctive element of these times that we are living in".