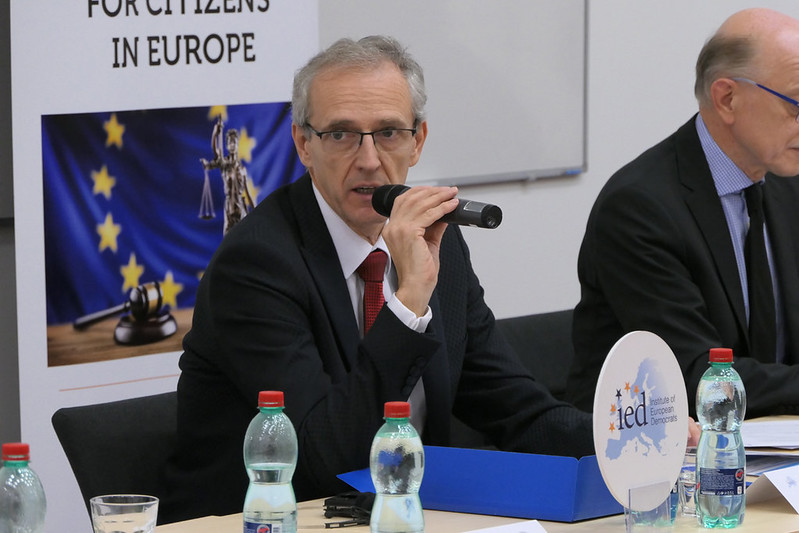 Recent events in some Member States revealed, among others, a dysfunctional separation of powers, weakened constitutional courts and an undermined independence of the judicial process, the rise of the executive power to the detriment of the legislative and judicial branches, as well as high-level grand corruption.

The Union's ability to deal with rule of law issues internally is also crucial for its successful values and norms promotion towards non-EU countries, both in the enlargement context and within the framework of the Eastern Partnership. If the EU wants to continue to be a coherent and credible external actor as well as a transformative power, it will have to put its own house in order before giving lessons to others.

At the same time, strengthening the rule of law is a complex and multi-facetted endeavor, which calls for actions on several fronts. Numerous studies have established the correlation between high democracy ratings, low levels of corruption, a healthy competition-based business environment and a strong rule of law framework. Ultimately, enhancing the rule of law will also require creating democratic resilience with a top-down as well as bottom-up approach independent on any structure or organization.

Against this backdrop, the Institute for European Democrats has organized a conference which aimed at discussing the importance of the EU rule of law framework for democracy and anti-corruption efforts, the impact of recent events in some Member States connected to rule of law deficiencies on the lives of EU citizens and entrepreneurs, the EU's tools aimed at enhancing rule of law and the new EU Commission's approach.

The event was addressed to the wider public, seeked to start a dialogue with citizens, especially young people, in Central Eastern Europe and brought together policy makers, civil society representatives, journalists, academics and students with an interest in discussing the importance of the rule of law for democracy and people's daily lives from a political, legal and economic perspective.

Mihai Corman: What is the Rule of law?