EU at the Crossroads: How will 2017 national elections change the face of Europe?

Facing a number of crucially important elections taking place in several EU Member States in the course of the year 2017, Institute of European Democrats together with Mladí Európania (Young Europeans) organized the International Conference titled "EU at the Crossroads: How will 2017 national elections change the face of Europe". The event took place in the Tatra Hotel in Bratislava, Slovakia, on Friday 5th May 2017.

A number of distinguished speakers coming from several EU Member States, including France, Germany, Great Britain, Italy, Netherlands and Slovakia, debated whether the victory of pro-European VVD in the March's parliamentary elections in the Netherlands would serve as a hope for similar defeat of the populist parties in France and Germany, whether the unexpected British parliamentary elections would influence the Brexit negotiations and to what extent the national elections in 2017 would decide about the future of the EU and democracy in Europe in general. The speakers also explained why we have come to the situation when we have to seriously fear the victory of anti-European, populist and often openly extremist political parties in the national elections, what is behind the unprecedented growth of their popularity and what should democratic and pro-European political parties do in order to defeat populist parties in the elections.

The results of the 2017 national elections will have a tremendous impact on the direction and very face of European project – whether the EU will finally rejuvenate or whether its crisis will dangerously deepen. The Institute of European Democrats was thus very glad that it has the opportunity to gather experts and politicians coming from several EU Member States to debate the current situation in the EU and the expected impact of 2017 national elections on the future of our continent. 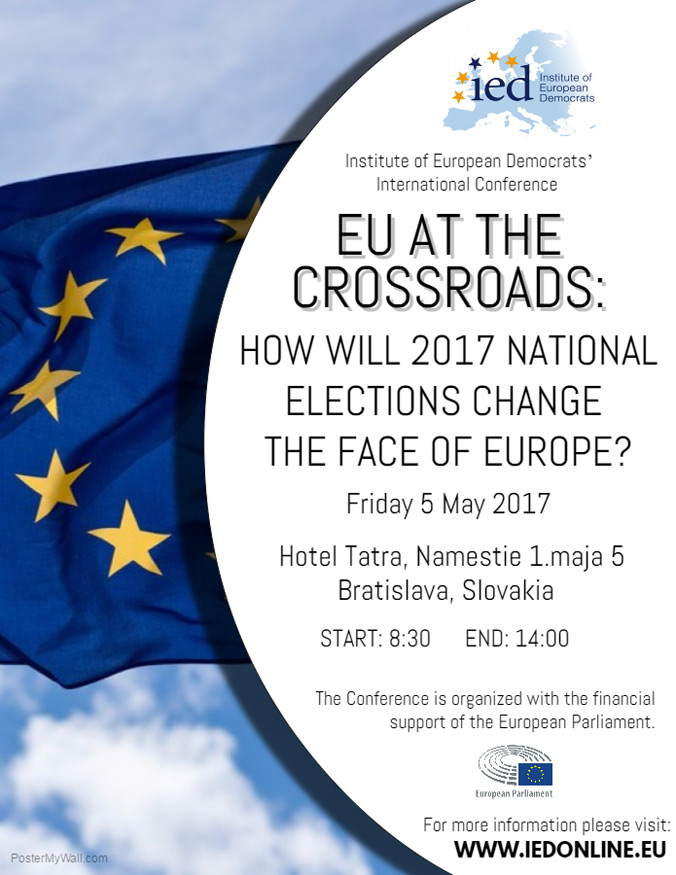