The Institute of European Democrats co-organised a debate with Sabino Arana Fundazioa and Fundación Novia Salcedo on 9th April 2016 at the Goaz Museum (Bilbao) on Youth employment: experiences and future. Opening the event, President of the Sabino Arana Fundazioa, Jose Maria Atutxa, welcomed the discussion on a real obstacle for our society: youth unemployment. Mr Atutxa underlined that this generation is the best educated in terms of professional skills, however it faces a 30 percent of unemployment, therefore, politicians, social agents and the society in general should address this issue in order to ensure the generational shift. Mr Luis Cañada, President of the Fundación Novia Salcedo, stressed the importance of implementing projects related to the inclusion of our young citizens in the professional market. The welcome speeches were closed by Mr Luca Bader, CEO of the IED, who pointed out that the current situation is another indication of the urgency of making progress in the European project to avoid a "lost generation", the increase of radicalism or the rising of the populism.

Following the opening, Mr Sabino Ayestarán, Emeritus Professor of Social Psychology at the University of the Basque Country moderated the first panel focused on "Values, Education and Employment", where Professor Santiago García Echevarría, University of Alcalá de Henares, stated that youth employment could not be considered as an annex to the economic or social policy, but it should be observed as a component of the society. Ms Begoña Etxebarria, Director of the Fundación Novia Salcedo, supported that argument setting forth that our society is in a changing process and every change starts in the people. At the second panel, moderated by MEP Izaskun Bilbao addressed "Successful European Experience" tackling the Norwegian model and the Millennium Project. Mr Johan Vibe, Norwegian Ambassador, unfolded the state of affairs in his country where the youth employment double the general one reaching 8,8 percent. He brought to the fore that the subject is not only a problem in the southern region of Europe but of the entire continent. The selected methodology to solve the panorama is to interconnect the education system, enterprises and trade unions. There should be a link between the education programs and the real necessity of the market.

Ms Raquel Serrano, Sociologist in Prospektiker, introduced a very important research: Millennium Project on the perspectives in 2050. This global think tank works in order to settle a better world because half of the population suffers still a high degree of instability. She announced that there would be a massive unemployment rate due to the use of the technology and the disappearance of traditional jobs.

The last panel centred the attention in the Basque Country "What can be done here", Ms Henar Alcalde, Researcher at the Orkestra Institute of the University of Deusto, chaired the session whose starting point was the statement: what to do before the fourth industrial revolution. Professor Sara de la Rica, Basque Employment Observatory, emphasised that we are facing an unstoppable ageing, which are bad news at the current times, but good ones in the future: more jobs. Those jobs would require better qualifications but nonconventional ones. Mr José Jiménez Brea, Club de Roma, continued this line giving prominence to the flexibility between the education and the employment. Our students have the right to know their professional prospect before selecting their careers. Finally, Ms Virginia Múgica, Confebask and Mr Adolfo Alustiza, Director of Lanbide, closed the debate appealing to the obligation of upgrading our education system focusing in the social skills. 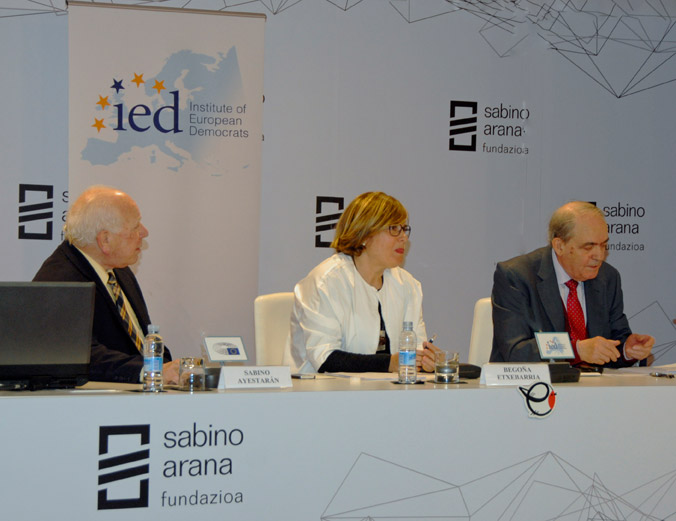 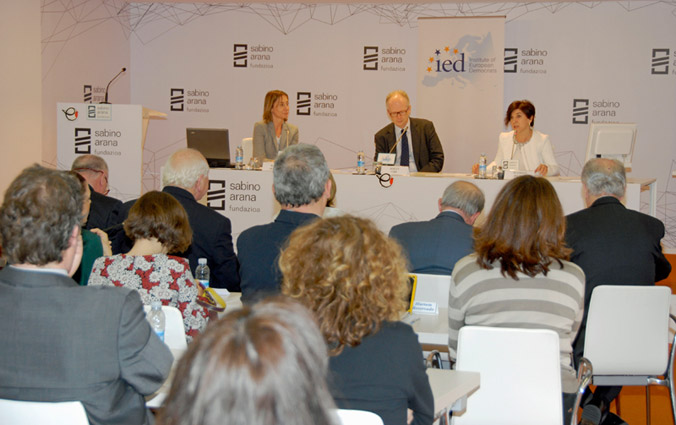