What to expect from the future of the European Union?

On Friday October 26, 2012, the Pan-European University of Bratislava hosted the IED seminar of the future of the European Union, co-organized by the foundation and the Európska Demokratická Strana (EDS). On this occasion, students engaged in a lively debate with Professor Marc Luyckx Ghisi, former member of the European Commission’s “Cellule de prospective” created by Jacques Delors in 1989. Following his optimistic keynote speech on the EU as a new paradigm in economics and politics, participants tackled the issues of the economic and financial crisis and the possible scenarios for the European future. The event was characterized by the striking participation of young Europeans both as active participants and as conference speakers.

Young Europeans: how to act on the Climate crisis?
IED Research Papers on Climate Change 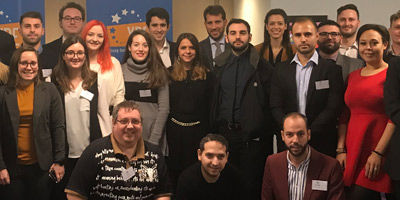 EU Climate Policy: From the Paris agreement towards a climate neutral Europe by 2050