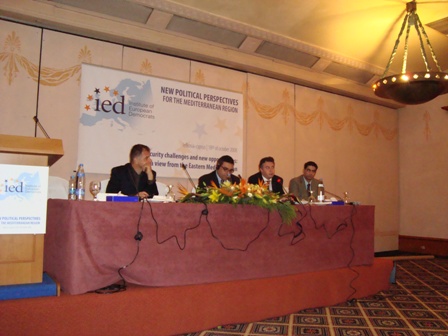 The Institute of European Democrats has organised a conference on "New political perspectives for the Mediterranean region -  Security challenges and new opportunities: a view from the eastern Mediterranean". The conference took place in Nicosia, Cyprus on October 18, 2008.

Programme of the Conference

IED Annual Report 2019
Through this report, the IED wishes to share the topics and findings of the activities conducted in 2019.